It’s one thing to simply ‘maximize’ your Social Security, it’s another to know just how taxation and the future health care costs will impact your plans.

Your planning solution should be able to: 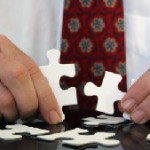 DATE CHANGE:  The webinar will be held on June 4th!

They’ll need it to fund all their promises – and it wouldn’t be surprising to see their demand for your money rise over the coming 2-3 decades just as aging ‘baby-boomers’ – the largest of the demographic bubbles – will be retiring while others in that group are trying to survive their second and third decade in retirement.

Too often, we focus on trying to find those easy answers instead of focusing on the right questions. 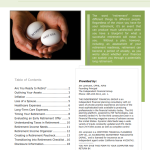 I’ll be conducting a webinar on Saturday, June 4th, at 9 a.m. Pacific (noon Eastern) discussing these issues.  You can register for it here and also receive our free LifeGuide, So You’re Thinking About Retirement.

This LifeGuide contains tips, checklists, tools, and other helpful ideas to get you started on your journey.   And, of course, both the LifeGuide and webinar are free.

Register for the webinar and get your LifeGuide – and I’ll see you on the 4th! 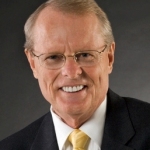 PLANNER® professional and an ACCREDITED INVESTMENT FIDUCIARY® , earned through the Center for Fiduciary Studies in conjunction with the Joseph M. Katz Graduate School of Business, University of Pittsburgh.

Interviewed for American Airlines Sky Radio, heard on more than 19,000 flights, and by The Wall Street Journal for Smart Money.  Articles published in Insights by the Profit Sharing Council of America and the Journal of Compensation and Benefits, as well as in numerous newspapers locally and nationally.

Jim Lorenzen is a CERTIFIED FINANCIAL PLANNER® professional and An Accredited Investment Fiduciary® serving private clients since 1991.   Jim is Founding Principal of The Independent Financial Group, a fee-only registered investment advisor with clients located across the U.S.. He is also licensed for insurance as an independent agent under California license 0C00742. The Independent Financial Group does not provide legal or tax advice and nothing contained herein should be construed as securities or investment advice, nor an opinion regarding the appropriateness of any investment to the individual reader. The general information provided should not be acted upon without obtaining specific legal, tax, and investment advice from an appropriate licensed professional. 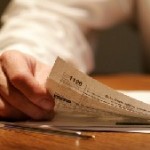 Remember the 1990s?  That was when every business channel had multiple programs with business gurus picking and ranking mutual funds.  It was a time when many mutual fund managers were becoming the ‘rock stars’ of financial meda.  Everyone wanted to know what Peter Lynch, Bill Gross, and others were buying, selling, and saying.

If you were one of those following all those shows back then, you were no doubt thinking about your financial future.  And, if you were born in the years following 1946, chances are you’re a ‘baby boomer’ – a term we’re all familiar with by now.

I read somewhere that there are 65,000 boomers turning age 65 every year!  And, those turning 70-1/2 have hit a big landmark:  It’s the year – actually it’s up until April 1st of the following year – Uncle Sam begins sticking his hand into your retirement account – after all, he is your partner; and, depending on your combined state and federal tax-bracket, his ownership share can be pretty significant, depending on the state you live in.  Yes, that’s when you must begin taking required minimum distributions (RMDs).

By the way, if you do wait until April 1st of the following year, you’ll have to take TWO distributions in that year – one for the year you turned 70-1/2 and one for the current year.  Naturally, taking two distributions could put you in a higher tax bracket; but, Uncle Sam won’t complain about that. 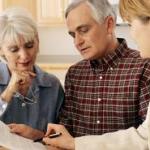 So, now that you’ve been advised of one trap that’s easy to fall into, what are some of the others?  You might want to give these concerns some thought – worth discussing with your tax advisor, as well as your financial advisor.

Here are four tips to think about:

Not all retirement accounts are alike.

IRA withdrawals, other than Roth IRAs, must be taken by December 31st of each year – and it doesn’t matter if you’re working or not (don’t forget, there is a first year exemption as noted earlier).

As noted, Roth IRAs have no RMD requirements.  However, if you’re in a Roth 401(k), those accounts are treated the same as other non-Roth accounts.  The key here is to roll that balance into a Roth IRA where there will be no RMDs or taxation on withdrawals.

The amount of your total RMD is based on the total value of all of your IRA balances requiring an RMD as of December 31st of the prior year.

You can take your RMD from one account or split it any or all of the others.  By the way, this doesn’t apply to 401(k)s or other defined contribution (DC) plans… they have to be calculated separately and the appropriate withdrawals taken separately.

How much depends on the year and he can change the rules without your consent.  Chances are you will face either a full or partial tax, depending on how your IRA was funded – deductible or non-deductible contributions.  And, the onus is on you, not the IRS or your IRA custodian, to keep track of those numbers.  Chances are your DC plan at work was funded with pretax money, making the entire RMD taxable at whatever your current rate is; and, as mentioned earlier, it’s possible your RMDs could put you in a higher tax bracket.

It’s all about provisional income and what sources of income are counted.  The amount that’s above the threshold for your standard deduction and personal exemptions are counted.By the way – here’s something few people think about:  While municipal bond interest may be tax-free, it IS counted as provisional income, which could raise your overall taxes.  Talk to your tax advisor.

If you fail to take it by December 31st of each year – even if you make a miscalculation on the amount and withdraw too little – the IRS may hit you with an excise tax of up to 50% of the amount you should have withdrawn!  Oh, yes, you still have to take the distribution and pay tax on it, too!   There have been occasions when the IRS has waived this penalty – floods, pestilence, bad advice, etc.

Remember to talk with your tax advisor. I am not a CPA or an attorney; but, of course, these are issues that come up in retirement planning and wealth management quite often.

I’ll be doing a webinar on retirement planning for income on May 28th.  We’ll have more information on that soon.  I’ve also created a report entitled, The Five Biggest Risks to Your Retirement. You can get it here.

Jim Lorenzen is a CERTIFIED FINANCIAL PLANNER® professional and An Accredited Investment Fiduciary® serving private clients since 1991.   Jim is Founding Principal of The Independent Financial Group, a fee-only registered investment advisor with clients located across the U.S.. He is also licensed for insurance as an independent agent under California license 0C00742. Images contained herein are public domain images and do not depict IFG clients or anyone affiliated with IFG unless otherwise noted. The Independent Financial Group does not provide legal or tax advice and nothing contained herein should be construed as securities or investment advice, nor an opinion regarding the appropriateness of any investment to the individual reader. The general information provided should not be acted upon without obtaining specific legal, tax, and investment advice from an appropriate licensed professional. 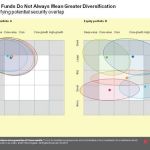 Does ‘adding’ a riskier position to a portfolio actually REDUCE the total portfolio risk?

The fact is many investors are often their own worst enemy.  The media gurus – usually selling their own DVD sets – have succeeded in focusing on fees and expenses (something they’re correct in doing) to the exclusion of any possible value (something they’ve been successful in doing to the point of dereliction).   The unfortunate result has been many portfolios that are scattered vs. diversified (as this Morningstar chart depicts) and too conservative to the point of being risky.

But, risk is a concern!  However, it is often possible to reduce risk by actually adding a riskier position.  The key lies in understanding investment correlation.

You might find this short report helpful;  just click on the button below.
Adding Risk Report
Enjoy,