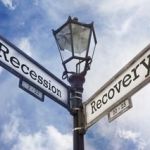 Retirement success may not be as easy to achieve as many think.   I attended a conference and heard one speaker relay a story about one company’s 401(k) enrollment meeting where 100% – yes, everyone – said they wanted to enroll in the company’s 401(k) plan.   They all were going through the materials and even choosing allocations they felt were appropriate – and all them were excited about starting to save for their retirement!

Would you like to guess how many actually followed through and actually participated?   3%.

That’s right; only three in one hundred actually did it.

Education didn’t seem to help, at least in that particular case, despite all the glowing post-meeting comments.  Benjamin Graham, the ‘dean’ of value investing who taught Warren Buffett at Columbia University, once said that behavior, more than investment choices, represent the largest impediment to financial success for most Americans; and the data seems to bear that out.  Poor savings habits, poor investor performance due to behavior, and paralysis often due to too many choices create roadblocks many have trouble overcoming.

Maybe the best gauge of investor success (or failure) might be whether they are ‘on track’ to a successful retirement, which some define as replacing 75% of preretirement income at age 67.

According to one study – I think it was conducted by Mass Mutual – revealed that only 15% of American workers are ‘on track’.   Even without my HP12-C, it’s obvious it obvious then that 85% are not.

It’s not rocket science.  It’s about three simple components:  time, savings rates, and return.   But, time is the only component that constantly declines; and, as it does, it creates pressure on the other two to outperform.  That’s when mistakes are likely to happen.

When procrastination behavior reduces the available time, most of the pressure then falls on investment return, simply because most people feel limited regarding how much they can save.

This may be why some people reach a point where they begin making the risky choices they soon live to regret.   Investment mistakes can be committed by anyone – I even once met a CPA who didn’t know the difference between gain and yield.

But then, you wouldn’t want me doing your taxes, either.

Many people make mistakes, when it comes to retirement.  In fact, many, if not most, retirement planning is doomed to failure.  If you’d like to learn more about why, I’ve created a report on that very subject and you can get it free right here.