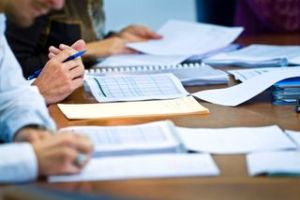 The Independent Financial Group does not take custody of client assets at any time; nor does IFG have access to client assets.   IFG serves as the client’s advisor to help plan and implement client strategies.  Client accounts are opened in the client’s name at an independent third-party custodial firm.

An asset custodian is an institution which takes physical custody of client assets. IFG client accounts are always maintained at an independent third-party custodian in the client’s name(s). IFG does not take custody of client assets at any point; nor does IFG receive any compensation or incentives of any description from the custodians selected. IFG’s primary custodial relationship is with Pershing, a division of Bank of New York Mellon

Financial Strength and Asset Safety – Pershing is well capitalized with nearly $831 billion in assets under custody (as of September 30, 2010) and Pershing is the industry’s largest global business solutions provider, with more customers who clear through them than with any other firm. Clients’ accounts at Pershing LLC are protected by the Securities Investor Protection Corporation (SIPC) up to $500,000 of which $100,000 can be cash; and excess account protection is provided at the highest level available in the industry, which Pershing provides through Lloyd’s of London, one of the world’s best known insurance brands.

An Introduction to The Bank of New York

Unlike other major banks, The Bank of New York is primarily a provider of global and domestic custody services, not a retail bank. The Bank is a major force in the mutual fund processing business and has a long history in the financial services arena. Highlights from The Bank’s 200+ year history include:

The smart way to manage:

If this makes sense to you, IFG may provide the ‘right-fit’ advisory model for you.

You can schedule your introductory call here!

* The choice of asset custodian for a given client is based on a match between the custodian’s service capabilities and the individual client’s needs. IFG receives no compensation or incentives of any description from any service provider that is chosen.