Few people think about this, but you might want to. 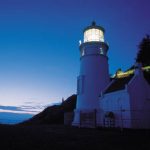 Everyone intuitively understands the need to have a balanced approach to meet retirement needs; however, it’s also important to address risk in light of the long term inflation risk.

Let’s take a hypothetical example using simple numbers.  And, suppose after all the data gathering, goal setting, and risk assessments have been completed in the financial planning process, June and Ward Cleaver (yes, I am that old) have decided they feel comfortable with a portfolio that’s comprised of 60% bonds and cash and 40% in stocks.

June and Ward are retiring today after over thirty years of working and saving—they’ve done a lot of thing right—and have accumulated a nest-egg of $1 million.   So, in our simple example, that would indicate their money should be arranged with $600,000 allocated to bonds and cash, and $400,000 to stocks.  Simple.

But, suppose the two of them also have Social Security income—maybe even pension income, as well.  This additional ongoing cash flow shouldn’t be ignored in constructing their allocation.    Again, to keep numbers simple (I’m highly qualified for simple numbers).  Let’s say Ward and June have an additional $30,000 in annual ongoing income to augment their savings.

What does that $30,000 annual income represent?  How much would someone need to have invested to provide the same income?

Assuming a 4% annual withdrawal rate on assets  – we’ll say that fits June and Ward’s situation  –  that $30,000 represents income on an additional $750,000 in assets… except these assets are illiquid:   June and Ward can only take the income, they can’t ‘cash in’ the principal.   It is like, in effect, an annuity, something some people use to simply ‘purchase’ a lifetime income.   I’m not a big proponent, but they do have their place in some situations—but that’s another story.

The ‘guaranteed’ $30,000 cash flow, representing an illiquid asset, provides them with the ability, i.e., gives them the freedom, to still address short-term needs and objectives with $300,000, while allowing more money, $700,000) to address long-term inflation risk.

Historically, stocks have performed, simply because they represent the economic engine of the United States.   And, it has never made sense to bet against the U.S.A.   Pistons drive the engine and the engine provides forward movement.